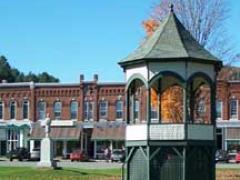 The economy has changed, and with these changes our communities must adapt themselves to some new realities.

Traditionally, economic development, rooted in the post-World War II era, attempted to build our export base by subsidizing firms to locate manufacturing employment in our communities. This was fueled by cheap inputs—land and labor, national-scale competition, and low-skilled workers. Recruitment of industry received the most resources based on the potential to have significant impacts on the local economy.

To a lesser degree, some communities also established programs to work with the existing business base to retain and expand what was already in place. Finally, to a limited extent, some communities supported local small business startups, primarily spin-offs and ventures from the existing business sector. Overall, this model is characterized as fiercely competitive locally as well as across the country.

By contrast, a contemporary strategy builds a solid foundation of entrepreneurship. Long ignored because the impacts were small, diffuse, and incremental, entrepreneurship has been characterized as economic “gardening” as opposed to “hunting.” Think of it as tending to the seedbed in one’s own back yard as opposed to going out to bag that one trophy animal.

Business growth, and sustaining the health of existing businesses, is also important in this model. More than a simple effort to retain and expand businesses, this strategy respects that business survival means maintaining a competitive edge regardless of size. The goal is supporting the existing business community in sustaining a viable enterprise by constantly seeking one’s competitive advantage.

Finally, the attraction strategy in the new model is broad and contemporary. It applies to attracting new enterprises, both goods-producing and knowledge-based. It also includes attracting different “business anchors” such as senior housing, educational enterprises, and visitors and retirees. These are less traditional but effective, ways of increasing the flow of resources into the economy from outside. This model recognizes that the success of one’s neighbors spillover into one’s own borders.

Cheap land and labor are no longer what is being sold. Rather it is knowledge workers and a culture of innovation and creativity. This model also acknowledges that few places possess enough assets on their own to compete for and support new, existing, and emerging businesses. It’s about regions, networks, clusters and innovation. Its about entrepreneurship!